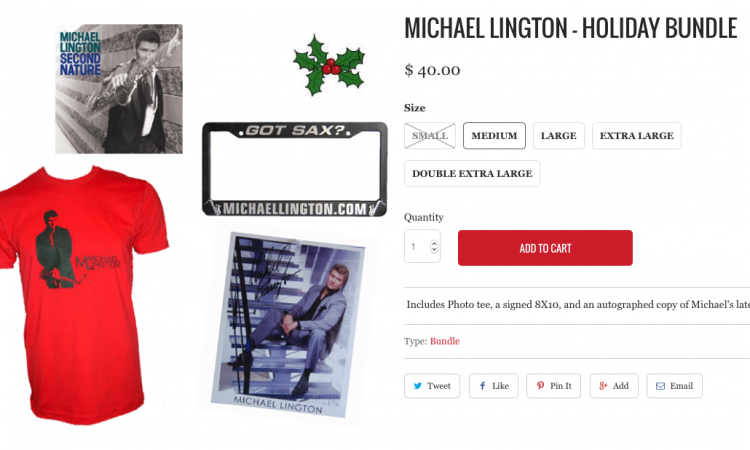 Holiday Special on all Lington merchandise

If you are looking for holiday gifts or something special for yourself, we are offering a 20% discount on all music and merchandise including the holiday bundle. Use LINGTON20 at checkout to receive your discount on items such as autographed CD’s, limited edition vinyl, t-shirts, license plate frame and much more. Click Here to see it all. 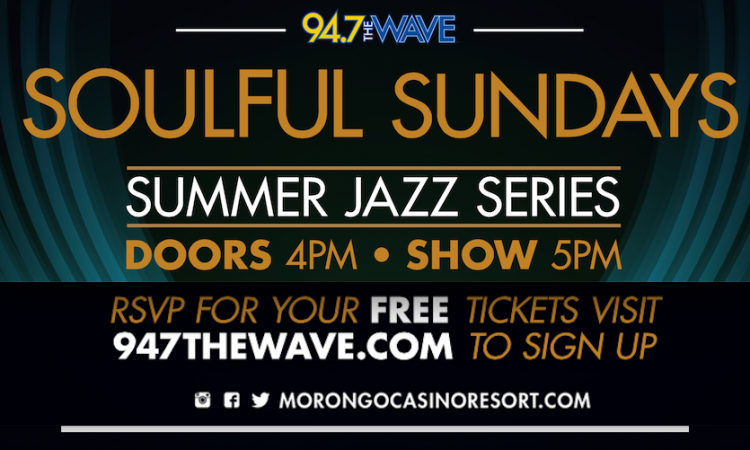 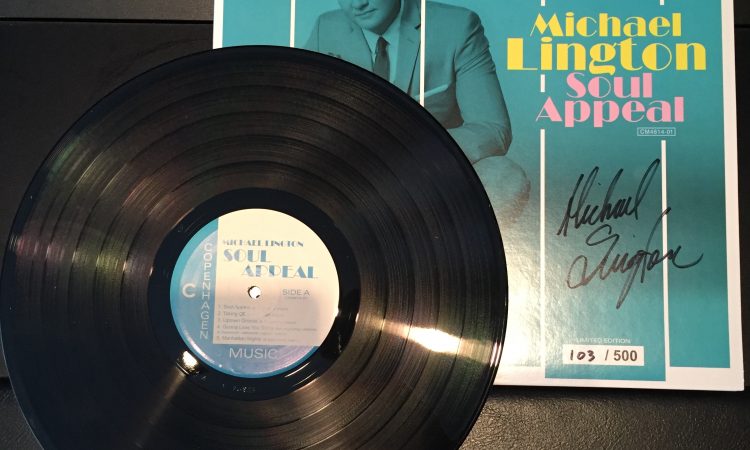 Michael just released a limited edition hand numbered and autographed vinyl of his previous album, SOUL APPEAL. Once this double fold, single disc is gone there will be no more made. Get yours here: Soul Appeal Vinyl Album 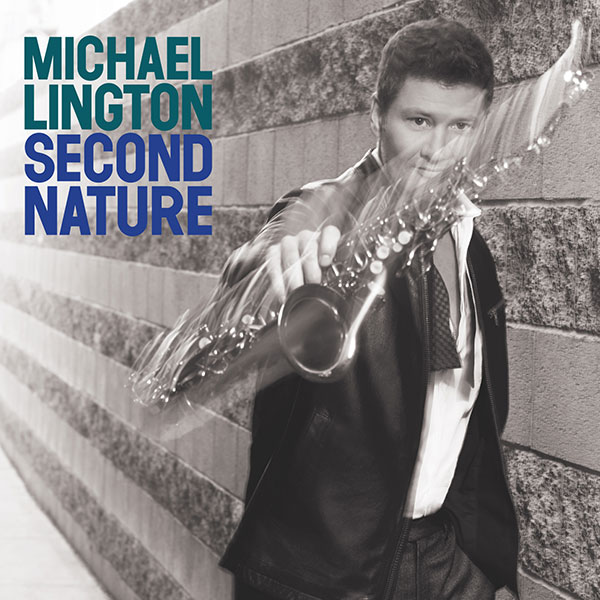 Hi Friends –
My new and ninth album SECOND NATURE is out now.
Get you copy here: iTunes, Amazon, Autographed CD

This has been a labor of love project in the works for 2 years and it has taken me on an amazing journey, from Memphis to New York to L.A. – all in pursuit of my love of soul and Rhythm & Blues music. The album contains 11 original songs and one super fun “blast from the past” cover, the Bar-kays Hit song “Soul Finger”. I have recorded with some of the absolute best musicians in the world which includes; Ray Parker Jr, Lenny Castro, Paul Jackson Jr, The Dap Kings, Barry Eastmond, Freddie Washington, Teddy Campbell and Alex Al. I also put together a very special studio band in Memphis which contains members from Al Green’s band and the remaining members from the Stax rhythm section and the Memphis horns. We also added the talented singers Taylor Dayne and Sy Smith – all in all a super fun uptempo Soul/Jazz/R&B project.

I also wanted to give you a first look at my new single “Beale Street” as I perform it LIVE at the Intrust Arena in Wichita! This was taped just a few months ago during my tour opening up for Barry Manilow in arena’s all across the U.S. 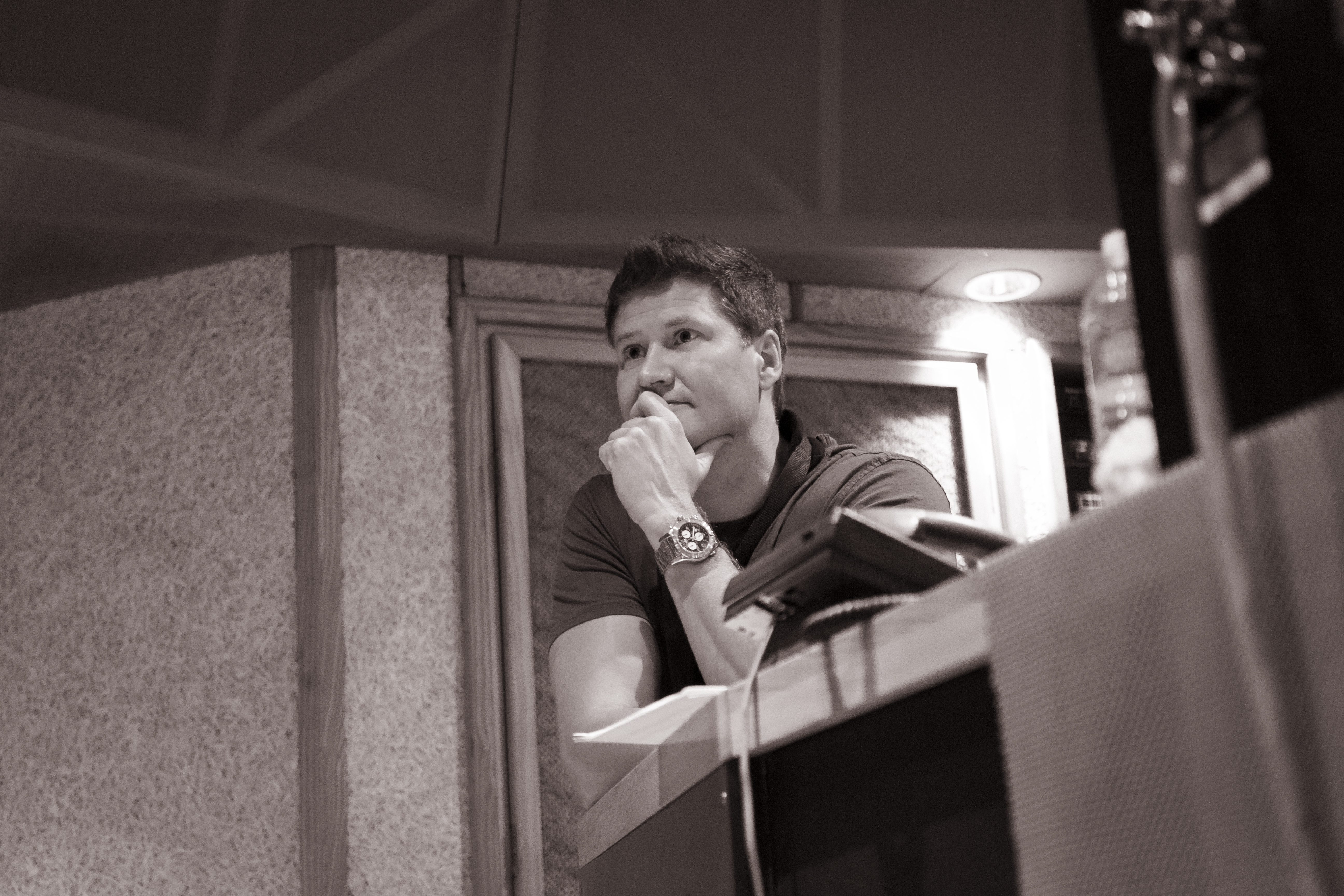 LOS ANGELES – “Master your horn, that’s all you’ve got to do. And it’s hard to do, you better believe that.” Coleman Hawkins 1967. When you listen to multi-talented saxophonist, producer and composerMichael Lington’s Second Nature CD, his latest new recording to be released on April 22, 2016, you can’t help but feel the soul-stirring, high-energy and exhilarating Memphis R&B Soul sound that was once personified by the late great saxophonist King Curtis (Curtis Ousley) and the Kingpins. There is something about that Memphis R&B Soul music that makes you want to “get on up” as James Brownonce attested. Michael Lington has no problem mastering his horn in Second Nature and you will “get on up.” 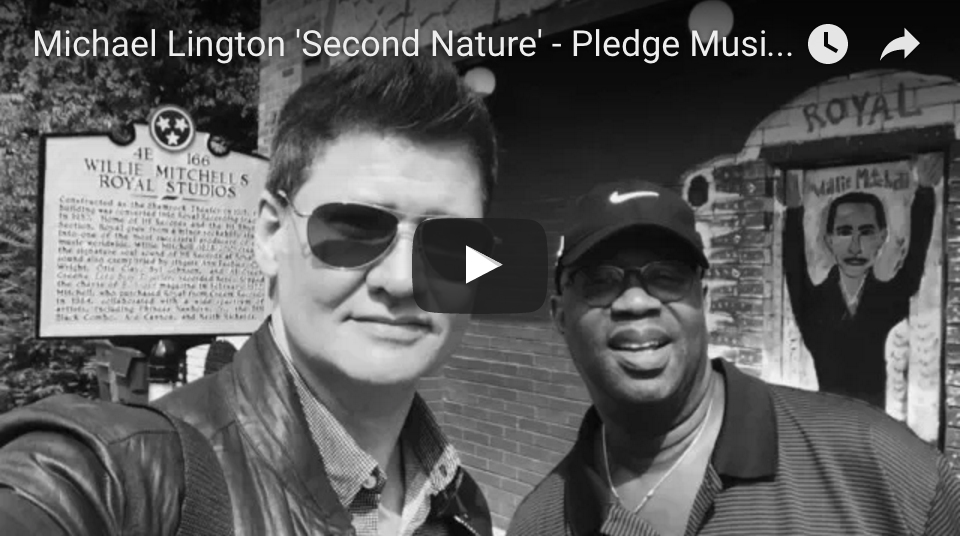 I have partnered with PledgeMusic, so I’m able to offer you some really unique experiences and cool stuff that I have never been able to offer before. When you get the AccessPass you will get a digital download of the new album and automatically get access to exclusive behind the scenes photos, videos and other updates about the recording sessions and touring. This is my way of saying thank you for being the best fans anyone could hope for. The album is finished and now you can pre-order it and get the cool exclusives.

Fresh off of being number one for 16 weeks on the Smooth Jazz Album Chart, with his 2014 “Soul Appeal” CD, Michael Lington is back with his soon to be release in April, “Second Nature” which takes us deeper into his roots and love for R&B and Soul music. In essence this new CD is an evolution of “Soul Appeal.” The 12 track CD works well together with its wide range of sounds having a feel of brightness of more fun uptempo grooves.

SJM: What does this “Second Nature” means to you?

Michael: It describes very much how I feel, being connected to my music but also to my instrument, as the music I am doing now is very much Rhythm and Blues which feels like second nature to me.  Growing up in Copenhagen that was the music I was listening to, back in the 80’s and that is what inspired me to pick up the saxophone as well as pursuing me to come to America and I been doing it so long it feels second nature to me.  I also feel that about my instrument, when I am holding it whether in the studio or on stage it feels second nature to me, so it really resonated with me and that’s why I love that title.
SJM: Let’s talk about a few of the tracks starting with the Bar-Kay’s “Soul Finger” which seems odd coming from an artist from Copenhagen.

Michael: Well growing up in Copenhagen, radio back then was far reaching and I grew up listening to King Curtis, Sam Cooke, Wilson Pickett, Sam & Dave, Junior Walker and the Allstars and great bands like the Bar-Kays so anything that had a soul flavor to it and anything with a saxophone in it I was all about it.  In regards to “Soul Finger,” I had all original music on the entire album, and I usually like to have a cover song and I didn’t have one for this one. So as I was doing a lot of research on material I could record and I thought, wait I am in Memphis, right next to Staxx, the whole record feels like it could have been recorded in the 60’s at Staxx and finding out that no one has recorded it and it just made sense. We recorded that whole song live at Royal Studio in Memphis with half of the Staxx rhythm section it was incredible and adding the Memphis horns there you are.
SJM: What was it like recording at that studio?

Michael: That was amazing; just imagine the history in that room. And actually recording the way they did it back then, the studio hasn’t changed, so when you walk in there, you are transported back in time.  It has so much history and vibe.
SJM: Which song immediately stood out to you once it was done?

Michael: For sure the first track, “Beale Street” featuring Booker T. Jones as it is the first single that we will be releasing. And its an original song that I am most proud of, as it has that Memphis feel to it.
SJM: Speaking of Stax and Memphis, you have as a guest artist Booker T. Jones a mainstay at the label. What was it like recording with him?

Michael: My dream was to have Booker T., on the record, I had recorded most of the song and sent him the track and once he heard it, he connected with it, so we met in L.A., and spent the whole afternoon together in the studio, it was a delight working with him, he wanted it to be the best.
SJM: Another guest Taylor Dane on “Alright.”

Michael: Yes, I asked her since we had worked together before if she would be interested in being on the album. She said, Yes! So we wrote this song together.
SJM: Another song that I really like is “Stone Cool.”

Michael: After writing almost 40 songs for this record I wanted to try and have something a little different and this song was kinda like in the mold of Sly & The Family Stone funk side that I was going after, and with Ray Parker’s guitar which is so cool and adding the Dap Kings horns giving it that super funk element, it just worked and I think its one of the best jams on the record.

In the studio we know some things and we think a song is going to be the first single usually it’s not. And some songs that are a little bit below the radar shines and come to life in a weird magical way, and you wonder what just happen here. “Stone Cool,” was one of those songs; I liked the song, I didn’t think it would be a single but now it’s a major contender to being a single.
SJM: Is “Wooh” another potential single?

Michael: This one with Ray Parker Jr., is a party song, “nothing but a party,” that is what its about.
SJM: That sounds like a title of a song.

Michael: Yes, that’s right; it definitely is a party, its not pertaining to be anything else.
SJM: Then you slow it down with a gospel tune “On A Sunday Morning.”

Michael: As I told you, my roots are R&B, Gospel and Soul so this is something that I connect with. I just feel it deep deep in my bones.
SJM: What are your final thoughts on the CD “Second Nature”?

Michael: I just want people to get to hear this music, I really feel it deserves to be heard and I think I have something to say. And I couldn’t have done it without the amazing talented people that I have on it from top to bottom producers, mixers, engineers, guest artists it is really a collaborative effort and I am so lucky to have such talented friends

Just finishing a stint opening up for Barry Manilow and fresh off the boat from the Dave Koz cruise, Michael will be touring this spring and summer with Kenny Lattimore. 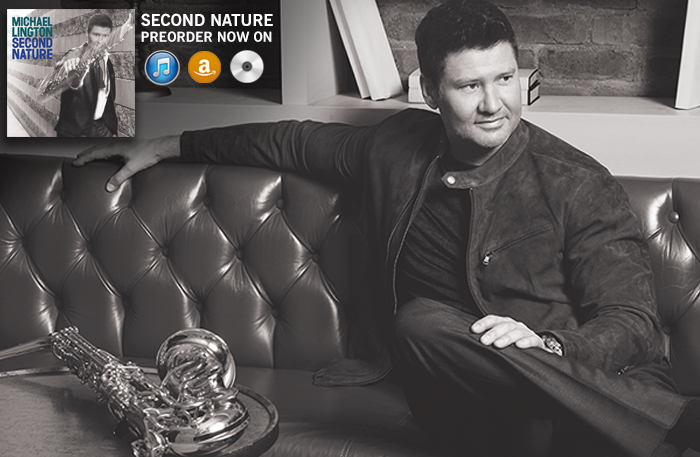 Very excited to announce that “Second Nature” is now available to preorder on iTunes and Amazon. Preorder on iTunes to receive “Beale Street” ft. Booker T Jones and “Soul Finger” as instant downloads. 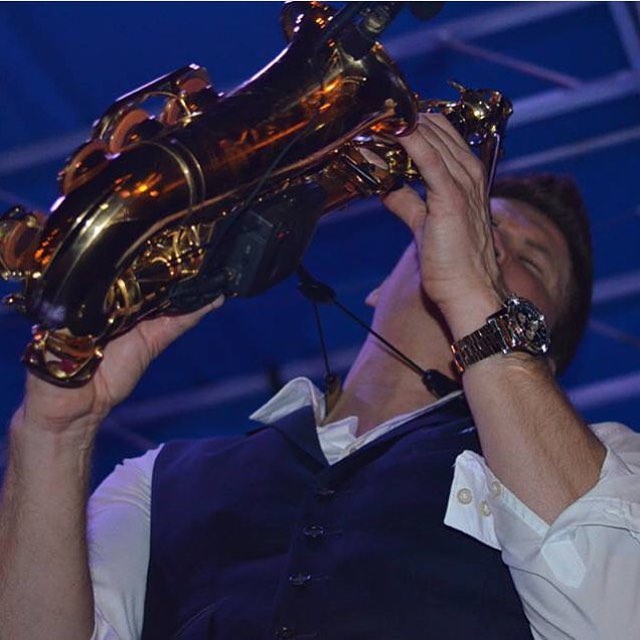 We are giving away 2 pairs of tickets and a signed copy of ‪#‎SecondNature‬ for each of the upcoming tour dates! Be the first 2 people to answer these contest specific questions correctly and you will be notified via email! Deadline to enter is two days before concert. Travel not provided.