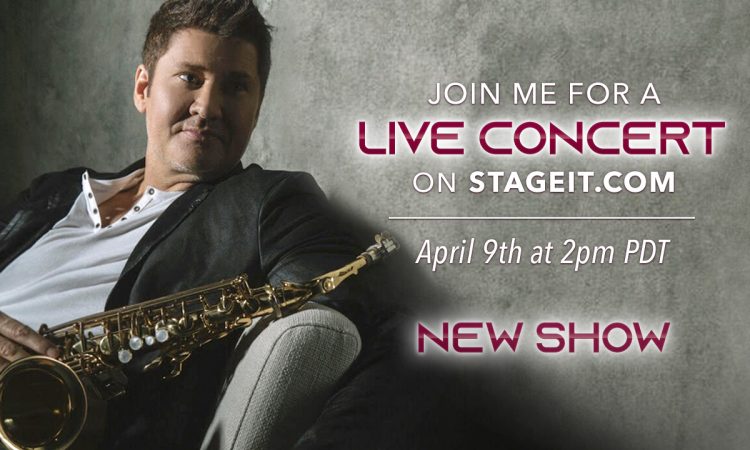 For my third Stageit live stream concert, I will be performing more of my tunes along with quite a few songs from an album I recorded some years ago called A SONG FOR YOU which includes songs by some of the most popular singer/songwriters of all times like Elton John, Billy Joel, Paul Simon, Stevie Wonder and more. The arrangements (by Randy Waldman) for these songs are absolutely gorgeous and some of them feature a full orchestra!

Hope you will join me for another session of music and good vibes. Click here for tickets:
ML Online Show

You’ll need to create a free account with stageit.com and get a few notes (stageit’s own currency) to buy a ticket. You can spend as little as $.10 to get a ticket but you are welcome to “tip” during the performance if you’d like, but it is not necessary.
See you on the stage!
– Michael 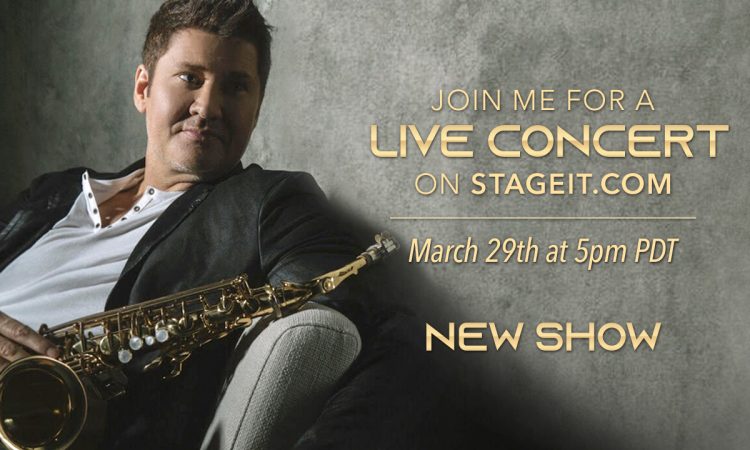 What an incredible time we had together this past Tuesday on stageit.com – Many of you asked me to do it again and time flew by (couldn’t squeeze in all your requests) So I’m going to to an encore performance this Sunday, March 29th at 5pm PDT with all your new requests on stageit!.

Some of you had questions about how it works so I’ll tell ya; Click here:
ML Online Show

and then create a free account with stageit.com, You’ll need a few notes (stageit’s own currency) to get a ticket! You can spend as little as $.10 to get a ticket for my show so it’s basically free but you are welcome to “tip” during the performance if you’d like, but it is not nessesary.

You can then see the full show and write me messages during the show and also communicate with other people watching, it’s a really cool interactive experience!

This upcoming show I wanted to make super intimate so there are only 50 tickets available (we sold many more than that for the last show) and once the show is done it goes away, won’t be posted anywhere!

Post your requests on my social media and I’ll see you Sunday on the Stage!
– Michael 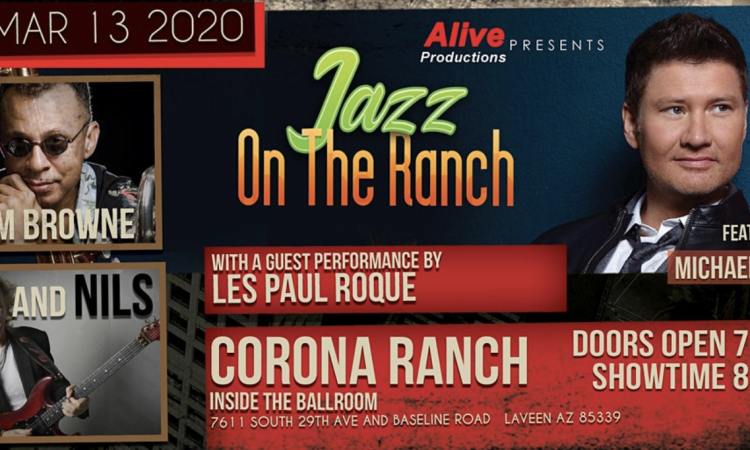 Michael returns to perform in Arizona

Michael will headline the Jazz on The Ranch in Laveen, AZ on March 13th, 2020. Also on the bill is trumpeter Tom Browne and guitarist Nils. Click here for more info and tickets:
Jazz On The Ranch I became a daddy!

Dear Friends –
Last week one of the most amazing things in my life happened, I welcomed my baby boy Landon into this world! I wanted to share the news with you.

He is my first born child and at 50 years old I honestly thought I had missed the opportunity to have a child but my dream came true and I am overjoyed.
I’m taking a few weeks off before I hit the road again but when I do, it will be with a little extra love and joy! 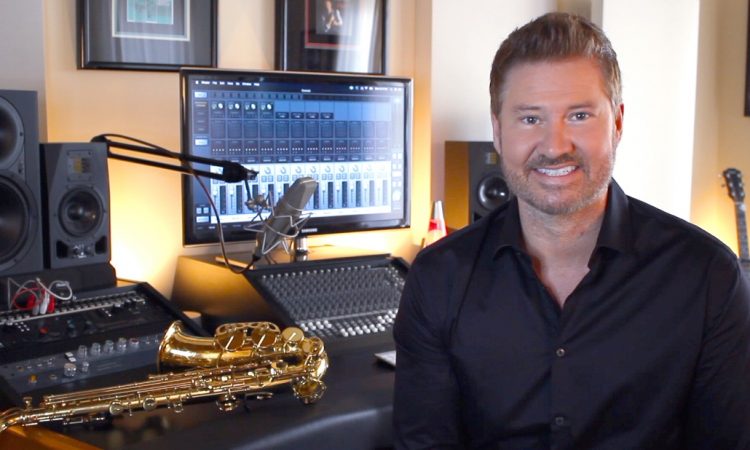 New Christmas album in the works

I’m very excited to announce that now YOU can be a part of my first Christmas album, A FOREIGN AFFAIR CHRISTMAS.

We have recorded much of the basic tracks and some of the special guests like, Dave Koz, Phillipe Saisse, Rick Braun, Shelea, Russ Freeman, Chris Standring but there is more recording to do and surprises to come so, I’ve teamed up with Indiegogo to create an amazing opportunity for you to be a part of it.

We’ve created some amazing, one-of-a-kind experiences and ways you can get involved so I invite you to check out my fun campaign and also see some of the cool behind the scenes images, just click this link: A Foreign Affair Christmas Campaign 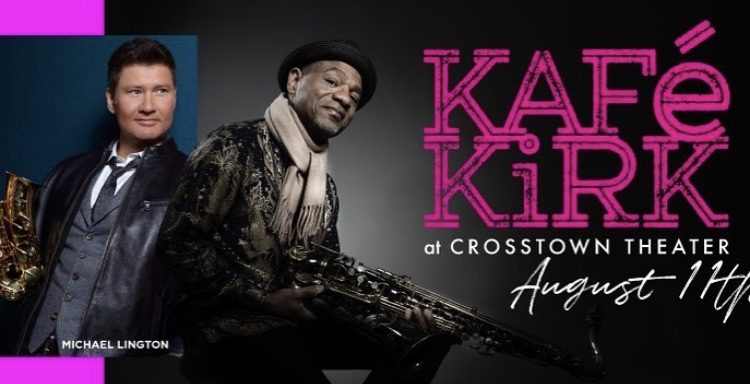 Michael in Memphis along with Kirk Whalum August 11th

Michael and Kirk Whalum will perform together at the Crosstown Theater in Memphis, TN on August 11th. Michael have recorded his last 3 albums at Royal Studios in Memphis so this show is particular special.Click here for tickets:
Kafe Kirk at Crosstown Theater 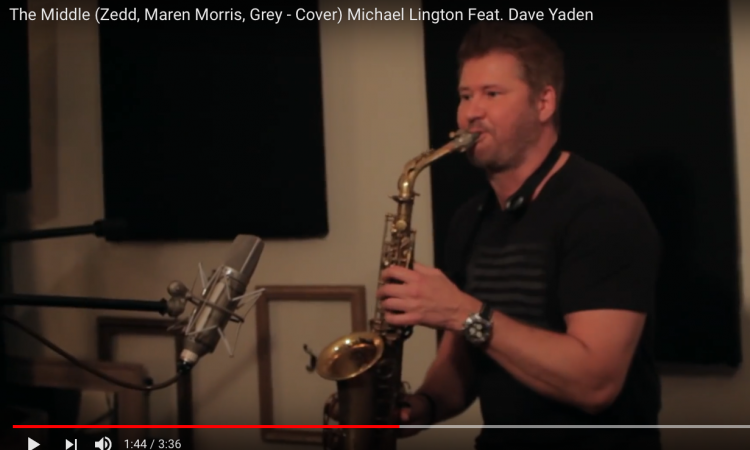 Hi friends – I recently started a new video series called LINGTON SESSIONS: unplugged by request, where we take requests from fans and film it. This video is the latest one and it features the amazing Dave Yaden and I doing the mega hit “The Middle” Make sure you subscribe to my YouTube channel so you will get notifications when we release new videos 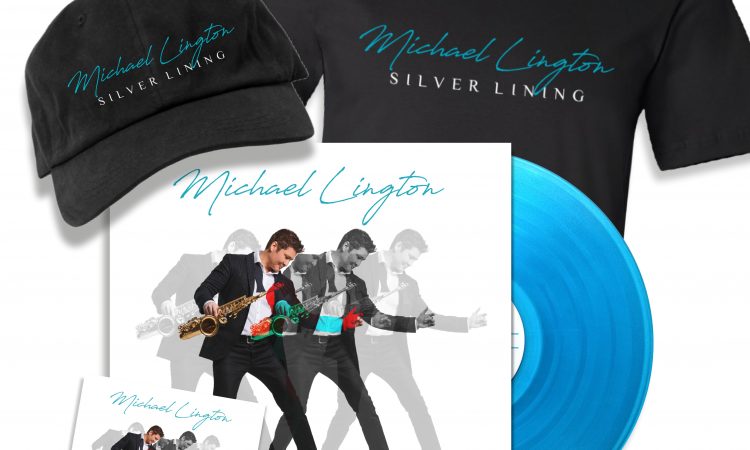 FREE SHIPPING for the next 3 days

Starting today until sunday we are offering Free Shipping on all Merchandise. Get your holiday shopping on with all things ML as we offer free shipping on the entire store until Sunday. Just use the code FREESHIPPING2018 on checkout: Michael Lington Official Merch Store 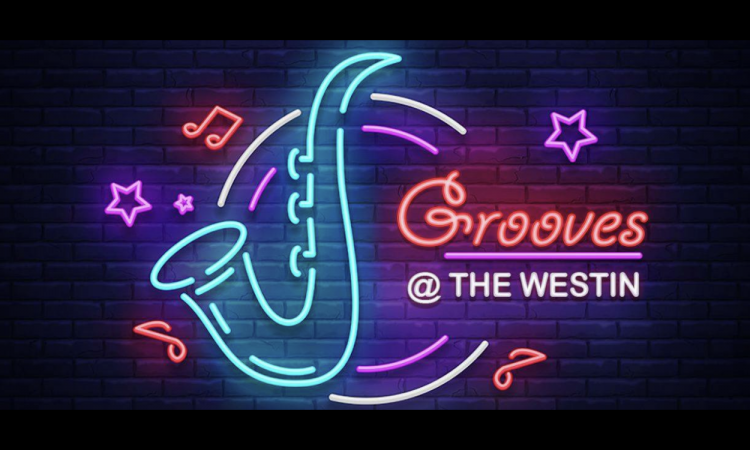 Grooves at The Westin presents Michael Lington, Steve Oliver and the LA Collective

Having performed for the royal family in his home country of Denmark Michael Lington has released 10 solo albums since his debut in the US and has 23 singles that have charted on the Billborad and Radio and Records contemporary jazz radio charts.[Over the course of his career, Lington has collaborated with Michael Bolton, Bobby Caldwell, Barry Manilow , Taylor Dane, Brian Culbertson and many others. Joining Michael will be guitarist vocalist Steve Oliver . A dynamic and entertaining performer Steve has been mesmerizing audiences with his unique vocal stylings and synth acoustic guitar. Steve’s newest release “Illuminate” is the much-anticipated eleventh career album from multi-instrumentalist, songwriter and producer . Steve returns with a record deeply rooted in contemporary jazz guitar melodies and Steve’s trademark wordless vocalese. His first collection of new original instrumentals since 2012, Illuminate shines a light upon Steve’s highly successful career – one that has produced multiple #1 hits on the Billboard charts and countless radio staples over nearly two decades.

Backing them will be the hottest new ensemble in smooth jazz The LA Collective . LA Collective, a contemporary Jazz group, is their musical persona galvanizes the stage with high powered energy and they delight in each other’s company which creates a palpable synergy. This group is comprised of four accomplished musicians, guitarist ADAM HAWLEY, drummer TONY MOORE, keyboardist GREG MANNING and bassist DARRYL WILLIAMS.
The LA Collective originally came together as a backup band for different artists on the 2014 Dave Koz Cruise to Alaska. However, the band’s success catapulted them into deciding they would be a permanent fixture in the Southern California contemporary jazz music scene. There is a raw energy to their sound, which is a blend of jazz, funk, Latin and soul. The group draws directly from the diverse talents of its members and the “collective energy” they manifest on stage. Get energized for the holiday season with this unique Holiday concert!