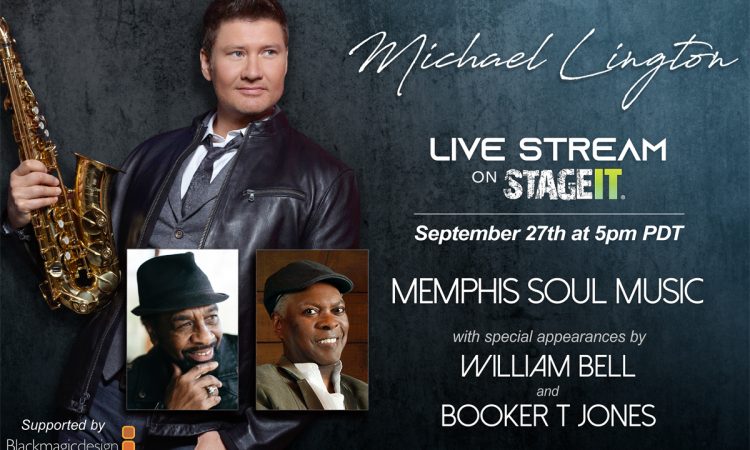 It’s no secret that I have a bit of a love affair with Memphis Soul Music. That’s the music I grew up listening to in Copenhagen, Denmark as a young man!

I was influenced by the sounds coming from a little label called STAX records, artists like Booker T Jones and the MG’s, Otis Redding and Isaac Hayes!

Fast forward 30 years, I’m now living in America and have decided to record some of my albums (Soul Appeal, Second Nature and Silver Lining) in Memphis at a studio called Royal Studio, that’s where Al Green recorded all his hits. I hire members from Al Green’s band and the STAX house band and we record many songs together. My appreciation for Memphis Soul Music only get’s deeper, and I invite Booker T Jones and William Bell to join the party and it’s now a full-on soul fest!

Hope you can join me September 27th for my Stageit Memphis music extravaganza with special appearances by Booker T Jones and William Bell including behind the scenes footage of making the records.

It’s easy to tune in, just sign up for a free account with stageit.com and then get a ticket to my show (pay what you can) using this link:
“Memphis Soul Music Special”

See you on the Stage!
– Michael